A theme I have mentioned before is the ability to identify and learn from the experience of others. Obvious enough you may think, but we often listen too much to our heroes and not enough to those we cast as villains. 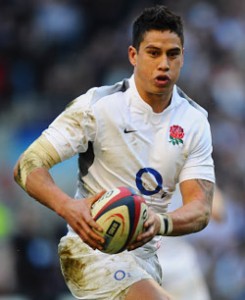 Two recent articles highlighted this for me. On the one hand, I read the story of international rugby star, Shontayne Hape and how he battled concussion. It is easy to admire, and even attempt to emulate, his determination to carry on regardless. Indeed, as he intimates it is almost expected in rugby circles. However, less admirable were his attempts to beat the system, to ignore advice and refuse help. What lessons are there for us in a business context? It may be as simple as my daughter refusing to take time off work while battling a chest infection or expecting our people to bend the rules in a good cause.

On the other hand, Jordan Belfort, the self styled Wolf of Wall Street, who swindled people out of millions of dollars in the 90s and for which he served a mere 22 months in prison is inspiring a lot of comment in the press and the blogosphere.
He has now re-invented himself as a motivational speaker and sales coach (at a claimed rate of $1 million per annum). His seminars are selling out to hundreds despite the price tag of £100-200 a seat with people keen to hear his money making secrets. He liberally peppers his talks with reminders to apply his techniques ethically, but this does ring rather hollow.
If you can endure the Anthony Robbins-esque hype, ignore the All American “Yee-Hah,” and resist the teasers demanding that you shell out even more money for the full three day boot camp, there are many useful ideas and techniques in what he says.
A colleague who attended his recent London seminar identified over 50 useful tips, about managing your emotional state, self belief, clear vision and good sales practice. That doesn’t mean he bought into all that the Wolf proposed, far from it, but it does show how he listened, filtered and identified the nuggets in all the rhetoric.
Ask yourself how often have you admired someone so much that they can do no wrong or, conversely reviled someone so that they can do nothing right?