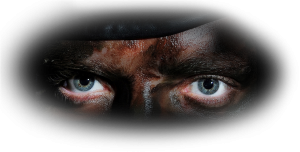 When I initiate a discussion about leadership, the examples most often cited are from the realms of sport or the military. Many express admiration for Alex Ferguson, Clive Woodward, Norman Schwarzkopf or Tim Collins. Others will quote various military strategists from Sun Tzu to Clausewitz, from Churchill to Montgomery. A couple of relevant ones from Sun Tzu’s “The Art of War” are:

While I appreciate the sport analogies, having been a rugby coach for 20 years, those from the military are closer to my heart. However, I disagree with many of the opinions about military leadership, which are riddled with inaccuracies and misconceptions fuelled by Hollywood and old comics.` Having said that, I do believe there is much we can learn from the armed forces and that can be transferred to the world of business. In this and subsequent articles, I hope to give you some insights into how leadership is developed in the Royal Marines and how these lessons can be applied to your business.

I served in the Royal Marines for 13 years rising from recruit to Captain, served in Northern Ireland, Norway and the Far East.

I do believe that there are a number of lessons that businesses can learn about Leadership from the Royal Marines. There are, of course many differences between running a business and commanding a military unit – with the consequences of failure being one stark example. However I intend to focus on the areas of similarity and what we can learn from them.

The Royal Marines have been in existence since 1664, celebrating its 350th anniversary two years ago. They have fought in conflicts around the world, earning many honours. They fought at Trafalgar, and captured the Rock of Gibraltar, but are probably best known for their exploits during and since the 2nd World War as Britain’s Commando force, specialising in Raiding, Amphibious, Mountain and Arctic warfare.

I have chosen three areas to explore when charting the development of a commando leader: selection, training and operations.

The recruitment process for the Corps is rigorous and demanding. The adverts tell us that 99.9% need not apply. The initial requirements in terms of physical, intellectual and other attributes are of a higher standard than any other part of the UK armed forces.

Having said that, probably the most important criterion is attitude – my drill sergeant summed this up when he told me that Royal Marines select themselves. I remember my first day, when we travelled down to Deal in Kent for a 10 day induction course and initial screening. Two opted to leave after just one hour!

What lessons do you recognise from this? I would love to hear your thoughts and will talk about the impact of training in the next article. For me, one obvious link is the oft quoted adage to:

“Recruit for Attitude, Train for Skills.”