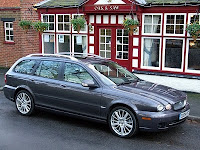 I am again talking about change and how it affects us. I remember being horrified that Jaguar had produced a diesel variant, and then an estate version – that is not a Jaguar, I screamed! This week I read that they have laid a tarmac path to the summit of Mount Snowdon in Wales, to make it more accessible, why, why, why? Then again, there is already a railway up there and you can still do it the hard way if you want to (I know I do!)

Much is written about change and our reactions to it. I have been working recently with Royal Mail, who are undergoing a huge amount of change, some would say not before time. Much of the focus on the workshops was on debating and preparing for how people would react to change with considerable emphasis on those who would resist and even attempt to forestall the new ways of working. Of course not everyone is against change, indeed, many of the managers we were working with were positive and even excited about the opportunities that the changes promise. They also reported that many of their people, including union representatives were supportive of the changes.

This does not, of course mean that these champions and advocates are

immune to the emotional upheavals common to resistors. They need at least the same consideration, support and encouragement as they will have doubts, concerns and even reversals. They will feel any setbacks or lack of progress acutely. If not suitably nurtured and recognised they may even defect to the nay-sayers.

starting her career. However, even change coming from success presents some challenges. She is now finding that it is not easy to secure a job, which frustrates her ambition and dampens her enthusiasm. Moving back into the family home means she has had to readjust to different norms and standards than those she has become accustomed to; her close circle of friends is dispersed to the four winds and all but lost, despite or maybe exacerbated by the apparent ease of maintaining contact provided by Facebook and email. So lots of changes all brought about by something she wanted deeply and worked hard to achieve. The euphoria and relief of graduation have been tempered with self-doubt and frustration.

Remember that denial and a range of emotion will precede the rationalisation needed for acceptance and commitment to the change, sometimes captured as the mnemonic DERAC. To help people through these stages we need to show that we understand and are willing to offer the support they need. (I remember these stages by reversing the letters and trying to show I CARED.)

A common piece of advice is to beware of spending too much time with the relatively small number of vocal resistors and instead to work with the undecided waverers, who usually form a quieter majority and if converted can provide the critical mass needed for success. Although this thinking is logical, I sound a note of caution. If your focus is too closely on those people, you may neglect your erstwhile allies and fail to recognise important signals of discontent. If you lose your champions, the struggle will be considerably greater to convert the rest.

Spare a thought for Ed Stafford, the intrepid former soldier who has just

completed a marathon 4,000 mile trek to walk the length of the Amazon in 859 days. I am sure he is exultant at his record breaking achievement and relieved to have completed it. However, he will now face huge new challenges in adjusting to “normal” life again and without his goal to focus on.

So it is for my daughter and for those managers in Royal Mail, change is an inevitable part of life and careers, but it does exact a toll. Understanding and support from friends, colleagues and managers will help them all to cope.

A change, though can be as good as a rest. So for something different, have a look at http://www.recyclethis.co.uk/ for tips on recycling everything from old wall planners to empty walnut shells!