There is much talk currently about reskilling for the “new normal” or the future. This is sometimes linked to the perennial saw of productivity or as a key to business growth. While we may be aware of some skills being or becoming obsolete, these are usually of a technical nature and we may think we have all the skills, knowledge and experience we need for our current role.

How many of the tools and techniques we learned in school are still relevant and useful? When did you last use a slide rule, a protractor or a logarithm? That is not to say that they were never useful.

Much of what we actually learned at school was how to learn, which may colour how we think about learning. As we mature, we often realise that we can and do learn in many ways – from online courses, books, people, songs, films, conversations and many more. What was the last thing you learned and how did that learning happen? It is much easier if we are aware and alert to opportunities.

Some skills are useful in only limited areas, others have more universal application. Recent surveys have highlighted a growing recognition of a need to improve IT skills, not surprising as we have all become more familiar, if not comfortable with Zoom and the like. The same surveys also identified a need for improved Cognitive skills, such as Assertiveness, Creativity and Problem Solving and Social skills such as Communication, Teamwork and Leadership. These will be even more important as we embrace new ideas, ways of working and managing those with the new skills.

What areas do you recognise where you need to learn, re-learn or refresh?

Some professions seem particularly prone to blind-spots in their learning. While accountants, lawyers and engineers are often keen to stay current with their functional knowledge and skills, they often neglect social and management skills. This is also sometimes true of senior managers.

Athletes, military personnel and performers never stop learning, as they strive to hone their skills, whether they call it practice, training or rehearsing. When you think of people like them, or in other fields of human endeavour you come to realise that we need to be constantly learning, growing and developing or we just stagnate and wither.

My favourite example of someone with a real growth mindset is when my mother revealed onher 80th birthday that she had taken up archery. So, when did you last stop and reflect on your performance and adapt and adopt a new behaviour, habit or thought pattern?

Having recently spent a fun and rewarding week training in Saudi Arabia, I 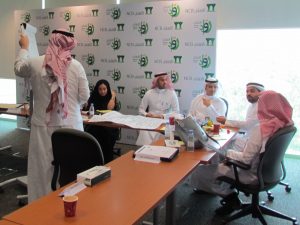 was again reminded how different people respond to similar situations and how often their response is programmed or influenced by their experiences, upbringing and the environment or culture they live in.

I was further pondering this yesterday while watching a cricket match. A batsman played a poor stroke and missed the ball, but did not lose his wicket. He proceeded to play a number of “air strokes,” practicing a better shot. The commentators gently ridiculed this as being wishful and too late.

But it reminded me of something I had read about reinforcing good or desired behaviours over less effective ones. The brain, or unconscious mind would process and memorise those practice shots in exactly the same way as the one made in actual play. So, in fact, the “air strokes” are a good technique for eliminating the bad habit or behaviour and replacing it with a better one.

So, applying this to ourselves, such as after a difficult conversation, reflect on what you learned.

Imagine you’ve made it through a tough conversation. Perhaps you asked 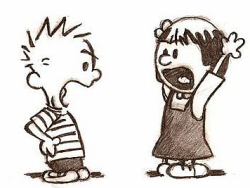 your boss for a raise, gave tough feedback to a colleague or managed a customer complaint. Now what? You may just be happy to have the conversation over with. But before you move on, take time to think through how it went.

Ask yourself:
 Do you feel proud of how you managed the conversation?
 Or do you feel embarrassed or let down?
 Did you meet the goals you set out for the discussion? (Did you define these beforehand?)
 Do you feel differently now about the person or the problem?
 What do you wish you had said or done differently, and how?
 Now rehearse this better option in your head to add it to your “memory,” just as those top sportspeople and other performers do.

This reflection will give you a sense of what you should do next (perhaps you need to go back to the person for a follow-up conversation) and will help you better prepare for future discussions.

Join our workshop on 4th July for more insights into Dealing with Difficult Behaviours.

I wrote this article a few years ago and have been reminded of it by and updated it in light of recent conversations which are reminiscent of those that prompted it then. The range of options continues to grow and while this adds to choice, it also adds to complexity and confusion – there are, for example over a dozen that use colours to differentiate people, which sounds simple and easy to understand. However, they don’t use the same colour for the same trait!

I was horrified at the time, if secretly a little pleased, to hear a psychologist condemn all psychometric tests as a waste of time. His ensuing argument was a fair one, although I believe somewhat flawed, more of which later.
Most of us have some experience of psychometric tests; we will probably have completed one even if we haven’t administered any. My first exposure to them was during recruitment selection for the forces. I passed . . . well got in any way! Later I found myself required to administer tests with no training at all, an experience which could have put me off for good, but rather encouraged me to learn more. Even poorly administered the results were too insightful and useful to be ignored. I resolved to continue using them, but to learn how to do it properly.

The psychometric test or instrument is a varied species. Some are cobbled together in a back bedroom for a one-off use, while others are the result of years, even decades of research, validation and evaluation. They claim to measure everything from your sex drive to your suitability as the next company chairman. They have an equally mixed reputation and justifiably so, often compared to star signs and other folklore.

The value of any test, its credibility, validity and benefit to the user owes much to the administrator. Tests that are poorly presented or explained are liable to be less accurate, possibly worthless, or at worst false and potentially damaging. Just as the conditions and briefing for an academic examination should be the same for all participants, so should it be for anyone completing a psychometric test. My early concerns were aroused when I heard the different briefings given by fellow trainers from the same organisation administering the same test:

“Write down the first answer that comes to mind.”
“Consider each question carefully.”
“You have 20 minutes.”
“Take as long as you like.”
“Answer as quickly as you can.”
“You have 40 minutes.”

When delegates compare notes and discover such anomalies not only is the reliability of the test called into question, but also the ability and trustworthiness of the trainers.
There are other ethical considerations. How confidential will the results be? Have you told the delegates? Have you told their superiors? Doubts in this area will cause concerns and can affect the results.

Notwithstanding these potential problems the psychometric test does have its uses and I believe the better tests, the well-researched and validated ones, are worth more than the paper they are printed on. They can be a useful aid to the trainer, the consultant, the personnel officer and, most importantly, the trainee. It can provide data for training needs analysis, particularly using group results which are less sensitive. They can be an aid in team building, where I have found they can help delegates to understand differences and how to manage them.

The psychologist mentioned at the beginning claimed that the test can tell you nothing about someone that you can’t find out by talking to them. Sound and admirable sentiments, but not always practical. Some people don’t come over well in interviews, many others don’t conduct them very well! The test can give an alternative viewpoint, identify new facts, or reinforce interview impressions. I have found delegates grateful for a label to identify ideas or problems, and appreciative of a framework to help them understand the different ways some colleagues operate.

Interviews and tests are both valuable and fallible. They are best used to complement each other, and better still if used in conjunction with other data, such as past performance or assessment exercises. After testing, every participant should have a personal de-briefing of their results and be given the chance to comment.
One of the most sensible comments I have heard about any psychometric instrument was, in fact, about one of the most respected, but holds true for all: “Remember, the instrument does not tell you what you are like; you tell the instrument.” And, “Tests are like computers, only as accurate as the information fed to them. ‘Rubbish in, rubbish out’.

So, don’t condemn testing out of hand, but use it sensibly and professionally. Take particular care in the selection of tests and ensure you use them properly or find ‘someone who can’. It can be expensive to become a qualified practitioner or to hire one, but the cost of misuse is greater.

All courses are conducted face to face, so are not being run currently, and some of the dates below may need to be postponed..