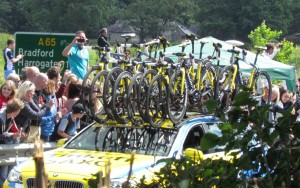 Having seen the Tour de France start here in Yorkshire, and race through my village a couple of weeks ago, I spent this weekend in Glasgow watching the Commonwealth Games Rugby Sevens tournament at Ibrox stadium. I enjoyed the occasion and witnessed some great rugby. The South Africans were particularly impressive and worthy champions. I equally appreciated the efforts of some of the lesser known nations, such as my old friends from Trinidad and Tobago, who went on to win the non-medal Shield trophy.
A great sporting occasion which was slightly marred by the continuous, contrived jolliness of the stadium compere at every break in play, seemingly unaware that some people were there to watch the sport, not to make fools of themselves. Curmudgeonly perhaps, but it did seem overdone.

I was struck by the usual plaudits and platitudes one hears from organisations about how the event or business would not succeed without its people. The Tour de France recruited 10,000 volunteer “Tour Makers” and the Games recruited 15,000 “Clydesiders” to make the events a success – all unpaid and often too little appreciated. “People make Glasgow” was a logo plastered on many billboards in the city. How many posters have you seen claiming that people are our greatest asset? It was certainly true of the Commonwealth Games – I was a volunteer at the Manchester games in 2002 – and the volunteers I encountered in Glasgow were almost universally smiling, welcoming and helpful, refusing to be embarrassed by having to point the way with giant green fingers! However, they were often hampered by poor information. 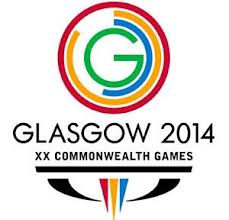 There was an excellent free bus shuttle service from the city centre to the stadium, which worked brilliantly on the way there, but was a little less well organised on the way back as 40,000 people swarmed out of Ibrox and were herded into queues for the subway, the shuttle or the park and ride. People were asked to walk ½ mile or more down streets to join the back of queues coming back up the same streets. The highlight was a policewoman exhorting one section of the crowd, queueing four or five abreast to “fill the road” just yards before that road was narrowed into a funnel by steel barriers. Even the horse she was riding looked bemused and even embarrassed as the crowd in front of her just smiled and ignored her. Memories of the article I posted last week about ambulatory anarchists!
The following day, the shuttle to Ibrox was as efficient as before, but this time on leaving, the stadium announcer told us there was a problem with the shuttle buses and to follow directions outside. Once outside the shouted advice was to take the subway or walk to the city centre – three miles away. The volunteers were excellent at shepherding us in the right direction, but none of them knew what had happened to the buses. We later heard that “our” buses had been diverted to help the congestion at Hampden Park, home of the athletics competition. The crowd stoically walked into the city centre with much good humour in evidence, but frustrated because they had no information. I smiled at the huge cheer when a Porsche was stopped by the police motorcyclist for ignoring the road closed signs.

What are the lessons for our business leaders? Yes, of course the people are the most important element of any organisation, but the fuel they need is accurate, timely information. Too many managers keep things to them-selves, worried that the information they hold is incomplete, time sensitive or just plain wrong. They should share it anyway, with caveats if necessary, but tell the people on the front line and then they can look after your customers, who are the ones we need to look after if we are to run a successful sporting event, a public service or a business.