Look at the Big Picture. 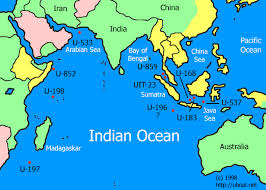 During our sessions we often discuss the importance of leadership at all levels in an organisation and about being pro-active. The reputation and credibility of your organisation is critical to success. This reputation is fragile, can take years to establish, but only moments to destroy. As leaders we are all aware of our role as standard bearers for our organisation and take pride in the image we present. As such, we should also take responsibility for ensuring others do the same. Recent press coverage of mistakes by British Airways and American Airlines provide ample evidence of this. One would appear to be a mistake at quite a high level in marketing, the other “just” one lowly person in baggage handling. Both examples demonstrate how we need to be constantly vigilant and everyone needs to be on message.

It seems incomprehensible that someone did not realise the potential damage that could be caused by BA’s ill timed advert, even if this had been planned for some time. I would be asking stern questions of the agency involved, too as they could have prevented the embarrassment.

Equally, someone other than the author of the inappropriate note could have recognised the insensitivity and done something about it.

It would be easy to blame others, and take no responsibility, but the real lessons are about awareness, accountability and assertiveness. We need to recognise the potential and do something about it; start by looking in the mirror and asking what we could do to prevent similar mishaps in our own organisation.