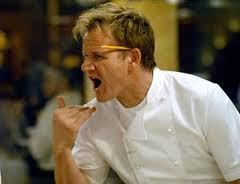 Does swearing make us more credible? According to some recent research in Holland, this may be true. The researchers asked students to read a fictional account of a statement made by a suspect burglar during a police interview. Students who read the version in which the suspect swore rated his statement as more believable than those who read a version that was identical in every respect but with the swearwords removed.
However, the research seems flawed to me. To remove the swearwords, but otherwise leave it intact would inevitably change the way it is perceived. I wonder whether it might have been a fairer comparison had the swear words been replaced by other adjectives, especially emotive ones.
Surely it depends on the context and your audience. The use of expletives can, of course add to a statement’s impact, but would that make it acceptable or effective in a business presentation. I doubt it.
Swearing certainly has a negative impact on some people, especially when used excessively – I have observed people who missed much of the message because they were so offended by the unnecessary use of profanities. This is partly a cultural phenomenon, with older people more likely to be upset by coarse language. Swearing is more common in younger people, but also may depend on where you are from.
I know in my military career, swearing was quite commonplace, but also selective. It was used extensively when at work, largely irrespective of rank, but significantly reduced when in social situations, especially when women were present. With women more widely integrated in the forces, I wonder how this has changed and fear that they have come to accept and adopt the swearing, as seems to be the case in factory environments.
I once heard a quote that said something like: “Swearing is a means by which the inarticulate gain a feeling of eloquence.” I do swear, but try to limit it, especially in business situations. To me it seems unprofessional and unnecessary. As in my quote, if I want to emphasise something, I should be able to find more appropriate and expressive words, which will not cause offence or detract from the message. Did Martin Luther King, Kennedy, Churchill or any other great orator resort to swearing. Certainly not. We might not expect eloquence and may understand emotional outbursts from sports men and women in the heat of competition, but nor should we have to accept foul language. In business, we may want to encourage and express passion and commitment, but should be able to do so without offending our audience.

Incidentally, personality research suggests that people who swear more, not surprisingly, score higher on traits such as extraversion, dominance, and hostility.

And finally… According to a disturbing news report today, a British tourist on holiday in Dubai was arrested for swearing. He was later ´badly beaten up´ to the point of being unconscious, slammed against a concrete wall, refused food, water, and a lawyer, and then his body was stuffed into a body bag while being removed from the facility.