Two radio news items captured my attention today and the Stranglers sang “No More Heroes” as I started to type this, which seemed fitting.

The first news item was an interview with the UK managing director of Lego, who told us that the company name Lego was coined by Christiansen from the Danish phrase “leg godt”, which means “play well“. The name could also be interpreted as Latin for “I put together“, though this may be a somewhat forced application of the general sense “I collect; I gather; I learn“; the word is most used in the derived sense “I read“. Close enough for me, deserves to be true! Lego is certainly a great toy for helping children to learn. 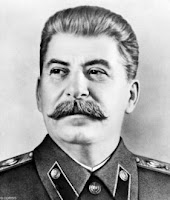 The second was an interview with Stalin’s grandson, who was stoutly defending his reputation and honour. This put me in mind of a theme I have explored in a number of training sessions, where I have asked people to identify major influences in their lives – both positive and negative, or “Heroes and Villains.” This can be useful when we analyse how much influence we take or allow from these people, and how valuable or limiting this can be to our personal development.

One personal example could be Dean Richards, who I admired hugely as a rugby player in the 1980’s, but who has recently been pilloried for his involvement in rugby’s “bloodgate” episode.  I do not approve of what he has done, indeed I find it indefensible, but this does not mean that I have to rewrite my memories or re-evaluate my admiration for his leadership and skill on the rugby field. Other sporting heroes have been caught stretching the rules, including Neil Back, Michael Atherton and Maradonna.

How many people refused to believe scandals involving Michael Jackson, because they loved his music, performances and public persona?
This works equally well for those we dislike as well as those we admire. I always thought of David Beckham as a prima donna of the worst kind, but was genuinely impressed by his maturity and inspiration as England captain.

Sometimes we can take these influences even further. During my military career I met Paddy Ashdown, himself an ex-Royal Marine and then a Member of Parliament, but I felt snubbed by him, and developed a strong dislike of him. I then found myself dismissing all statements from the party he went on to lead, just because I identified them with him – not a very rational or useful attitude.

I also resent the way some people revisit the life stories of historical figures and unfairly re-assess their character against the morals, values and experience of our own times. That is not to condone or justify evil or selfish acts, but I feel we should recognise that things were different then. I am still awed by the bravery of the likes of Scott, Nelson and Lawrence – all possibly flawed in some way, but still deserving of their hero status. Similarly, Mao and Stalin surely deserve their reputations as despots, but may have had some good personal qualities.

I think it can be very inspiring to have heroes or role models, but it doesn’t have to mean we admire and try to emulate all their traits. We need to be selective and recognise that they may be admirable, but are not always perfect. We can then make intelligent choices about what behaviours to learn and which to avoid. These role models may not be celebrities or even well known, they may just be exemplars from our own life or work. Most people can identify their best boss and their worst. Are there traits from the best to avoid and even some from the worst, which could help make us better bosses?